Can A Wedding Chapel In Las Vegas Make It More Affordable?

Getting married is a truly joyful occasion, but the weeks and months that lead up to the wedding can prove to be more stressful than the average bride and groom had bargained for. There are several reasons why stress becomes an issue when making arrangements for the big day, but it’s probably fair to suggest that the cost is right there at the top of the list. They do not come cheaply, with the bills for flowers, a dress, photographers, and a host of other “essentials” quickly adding up. Even when you try to cut costs, the final bill can still sometimes be hard to swallow. 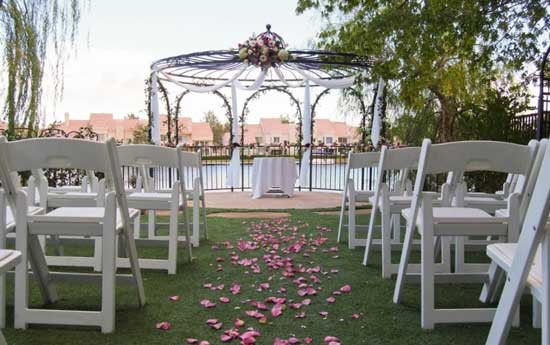 There is an alternative to the traditional wedding, though, and it’s one that is becoming increasingly popular with young couples. While there is certainly a cool factor involved when getting married in a Las Vegas wedding chapel, for most, it is all about saving some precious bucks but still getting exactly what you had hoped for on your big day. So, this begs the question as to why it’s cheaper to get married in Sin City than it is in your own backyard, and the answer is that there are several reasons why.

The reason why you are so quickly able to save money when you get married in a wedding chapel in Las Vegas is because of the ability to customize the exact package that you want. If you are just interested in having a few people present but all the other traditional bells and whistles, there is a package for that. If, on the other hand, you want a larger style with an Elvis impersonator presiding, you can have that, too. Simply put, chapels are all about making your dreams come true, and they do it all while working within your budget.

The packages that are put together have everything you need included in them. Since you are getting flowers, photos, and whatever else you want in your package, you do not need to deal with individual entities whose sole purpose often seems to be to mark things up as much as possible. You package can even include a limo to take you to and from the wedding chapel that you choose, and often with a chilled bottle of champagne waiting inside for you on your return journey as husband and wife.

One of the heftier costs, assuming you can afford it, is going to be the honeymoon. When you choose to get married in Vegas, you are already in a city that is a popular honeymoon destination for couples from all over the world. You get to spend some time there relaxing before the big day, and then get to enjoy all the fabulous attractions that the strip has on offer once the all business has all been taken care of. Destination type are are all the rage now, and sin city is one of the most popular places to have one.